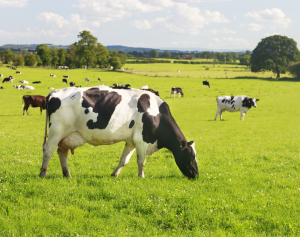 Robotic Farming may create a new era for agriculture. Held at the Sydney University, sixty of the world’s leading robotics engineers and academics have gathered together for the first ever Summer School conference. The organizer and manager of systems planning at the Robotics Center (ACFR) said it’s a whole new sector of employment. Dr Fitch, who grew up on a small farm in Ohio, never thought his passion in life would be agriculture, until he went into robotic farming.

“Across the globe we’re facing a shortage of farmers. We have lost a staggering 40% since the 1980’s. We need people to be analyzing data to make better decisions. We need people building robots and writing apps. The main challenge is attracting young people back into the industry.”

Fitch’s center partnered with a start-up company called SwarmFarm, six years ago. This small start-up was created by Andrew Bate, a farmer from Gindie, Australia who was driven by his frustration about falling productivity. Mr Bate told the conference in Sydney that the technology driving agriculture for the past 30 years had really plateaued. Weeds are becoming more and more resistant to herbicides and larger machines are not the best way to grow crops. “I look at robots as a new opportunity to grow crops in a better way, using small lightweight machines that do their job very well” said Bate.

After partnering with the Queensland University of Technology nearly three years ago to research the robot, Dr Fitch is now at the development stage. “Our aim is to develop small robot platforms that are nimble and can reduce speeds for the purpose of killing weeds without causing soil compaction. I see robots as a new paradigm in agriculture where we can assess what has been driving agriculture productivity in the past and find methods of using robots to improve.”

Both Bate and Fitch agree it doesn’t replace labor, but creates jobs in technology and will overall save costs of fossil fuels, fertilizer and herbicides. In a car factory, small machines work together to build the end product. Their vision is to have a number of small machines that cost under a hundred thousand dollars instead of a large machine that costs hundreds of thousands of dollars. According to Mr Bate, by the end of 2015, SwarmFarm will be a trialing commercial operation; however, it will be some time before farmers could buy a weed-swatting robot.